Back to Blog Home

Written by: Psilovibe and the Mushroom Tao team
Edited by: Tara Ruttenberg 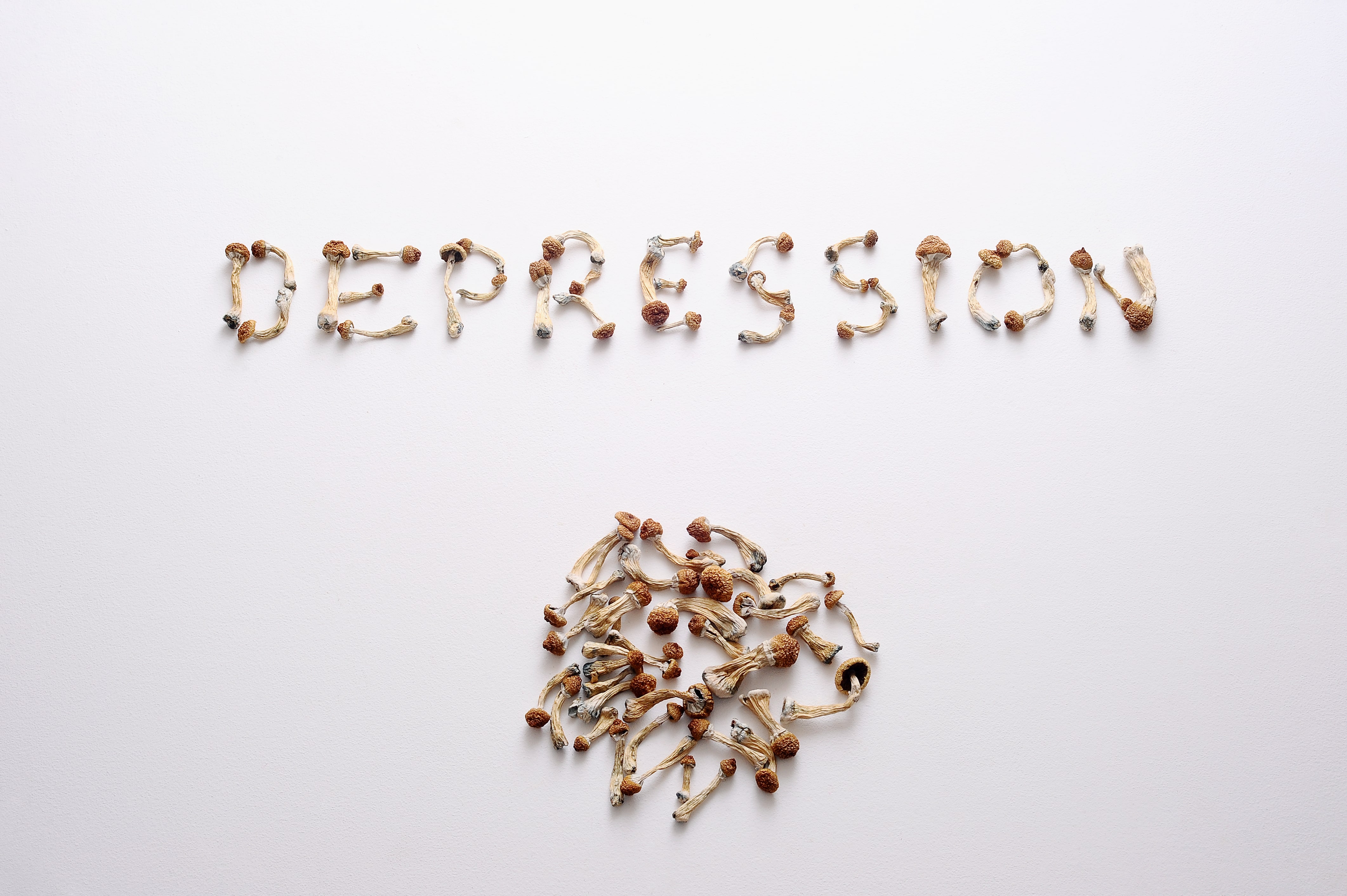 Right now, the world is experiencing a psychedelic renaissance.

Public interest in the benefits of psychedelic substances has grown exponentially for several reasons.

First, numerous scientific studies and clinical trials conducted in recent decades point to the efficacy of psychedelics to improve, and even alleviate, symptoms of certain mental illnesses and emotional health issues.

Second, high-profile personalities are coming out of the psychedelic closet and publicly sharing their experiences. Their openness has helped dissolve some of the stigma surrounding psychedelic substances. These individuals include celebrities such as author Michael Pollan; actors Will Smith, Seth Rogan, Kirsten Bell; musician Sting; and athletes Lamar Odom and Mike Tyson.

Third, many people suffering from depression, anxiety, and post-traumatic stress (PTSD) are turning toward alternative healing modalities after finding that traditional medications and treatment regimes are ineffective or insufficient.

Consequently, people worldwide are becoming more aware of the healing potential of psychedelics. Much of the focus has centered on psilocybin — the active ingredient found in magic mushrooms.

Recent studies highlight that psilocybin can help people relieve severe depression and anxiety. For many, psilocybin can produce meaningful results with only one or two doses.

Continue reading to learn more about how psilocybin works against depression, what scientific studies have shown about psilocybin’s efficacy, and how you can implement this knowledge into your daily life. 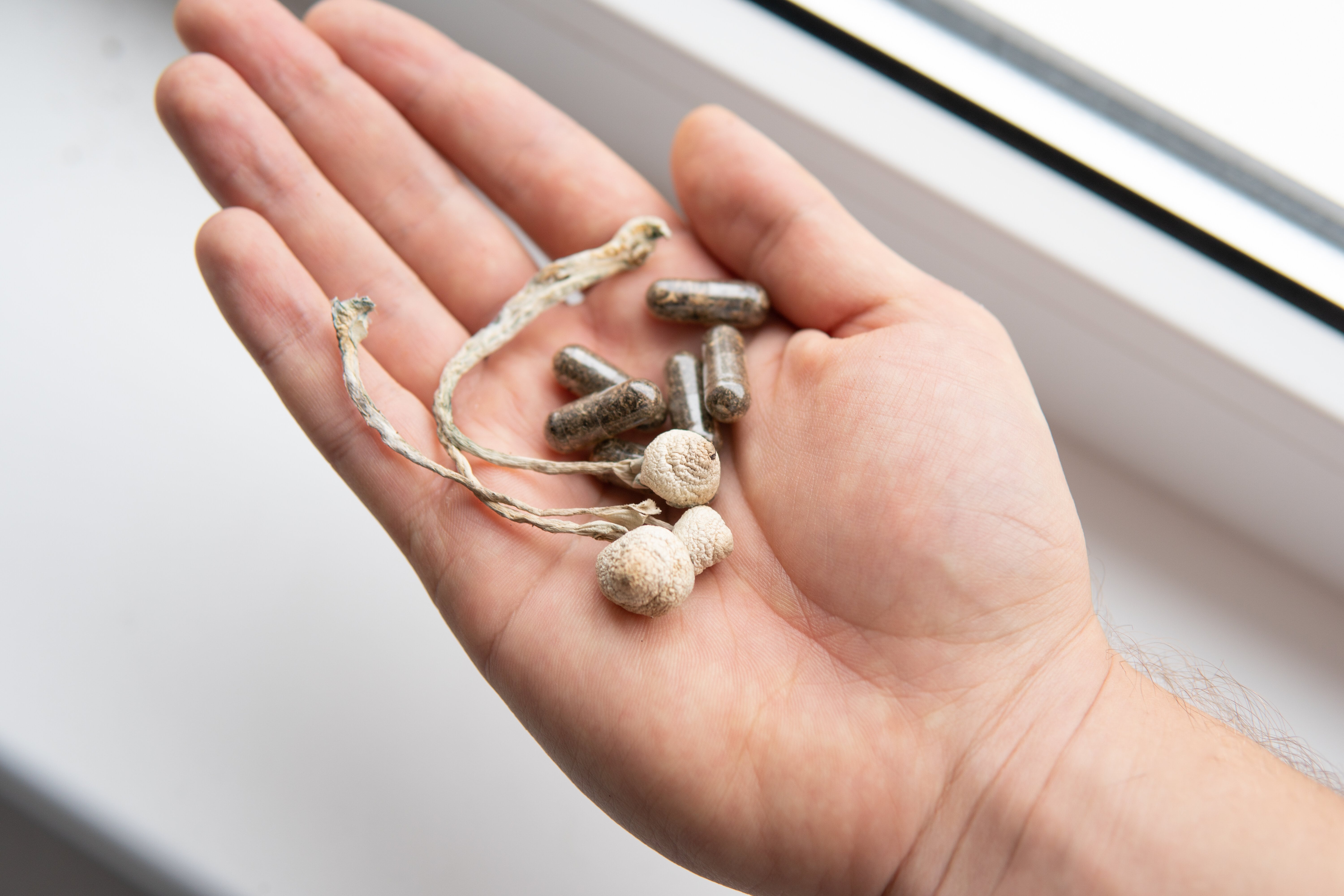 Before we jump into how psilocybin can help with depression, we first need to understand what depression is.

Depression is a common but serious mood disorder that negatively impacts how you feel, think, and act. Most people imagine a depressed person as someone who is incredibly sad.

However, depression can manifest in many different ways, such as:

While this is not an exhaustive list, it shows the wide range of symptoms that people who struggle with depression might experience.

Although we all come down with the blues at some point, depression is typically long-lasting or experienced in episodes. During these episodes, it is common for people to feel many depressive symptoms nearly every day for most of the day.

However, depression can range in symptoms from mild to severe. With mild depression, people can often function in their daily lives but they may have difficulty feeling joy.

When depression is severe, it is usually called major depressive disorder (MDD) or clinical depression. Those suffering from this type of depression are profoundly impacted by their symptoms and have trouble functioning in day-to-day life.

Severe depression can manifest itself by interfering with relationships, school, work, and social activities. At its very worst, depression can lead to suicide. It is estimated that 60% of all people who commit suicide suffer from major depression.

Shockingly, studies believe that around 300 million people suffer from MDD worldwide. In the USA alone, statistics show that 10% of the adult population is clinically depressed.

How is depression normally treated?

Depression is normally treated with psychotherapy, antidepressants, or a combination of both. Psychotherapy is also known as talk therapy, and it is often effective for mild depression.

The goal of psychotherapy is to try to change one's thoughts and behaviors by recognizing negative thinking and shifting behavioral patterns. The results of psychotherapy can last a few weeks or become integrated as long-term solutions.

The problem is that antidepressants often produce negative side effects, and sometimes people with major depression do not experience relief from taking these medications. It is estimated that 10 to 30 percent of people do not respond at all to standard medication treatments, and 30 to 50 percent do not respond fully.

Not only that, but people often become dependent on antidepressant medications. This is due to the fact that once a person stops taking antidepressants, they can experience withdrawal symptoms and relapse into depression.

These medications numb emotions to help people “get by” for a while, but don't get to the root of the problem. Some people report feeling like robots or zombies after prolonged antidepressant use. 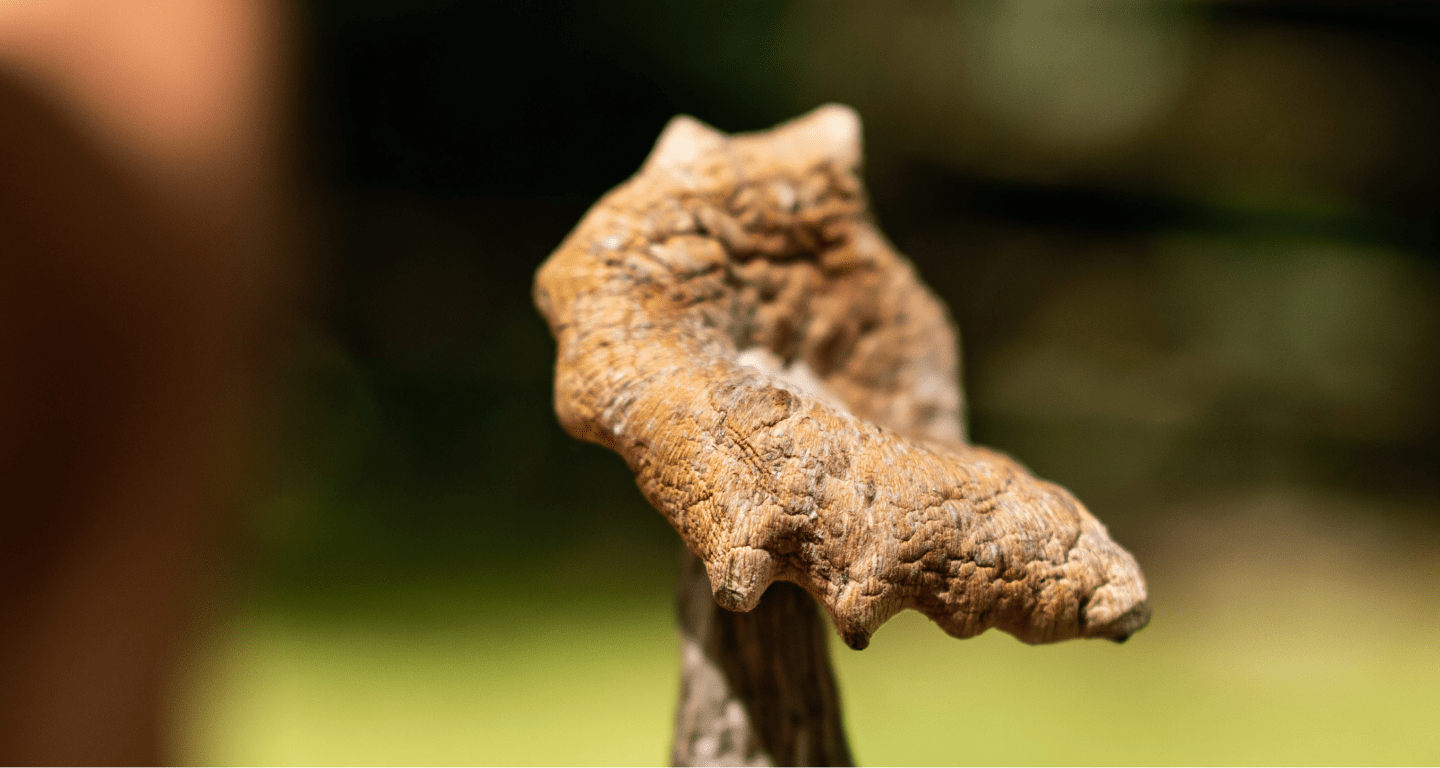 Now that we have an understanding of depression and the shortcomings of conventional treatment, let’s take a look at psilocybin.

Psilocybin’s status as a United States Drug Enforcement Agency (DEA) Schedule I substance has made it difficult for researchers to experiment with it even for scientific purposes. The DEA claims that psilocybin, along with other psychedelics such as mescaline and LSD, present a high potential for abuse, are unsafe to use even under medical supervision, and have no accepted medical use. Psilocybin is listed in the same category as MDMA and cannabis, and in a more restrictive category than fentanyl, which is at the center of the global opioid epidemic.

In 2016, however, British researcher Dr. Robin Carhart-Harris was able to perform a feasibility study examining the potential of psilocybin treatment for major depressive disorder (MDD). Previous studies had shown psilocybin to be effective at reducing depression among patients with advanced cancer.

Twelve patients participated in Dr. Carhart-Harris’s study, and each patient received two doses of psilocybin, one week apart. The first dose was smaller (10mg psilocybin) while the second was considered high-dose (25mg psilocybin).

While these results were astounding, researchers noted that since this was only a small-scale study, a larger one would be necessary. In 2020, this follow-up study became a reality.

Dr. Carhart-Harris performed a double-blind, randomized clinical trial of 27 participants to see if psilocybin reduced depression in people with MDD. A double-blind trial is one where neither the clinicians nor patients know which treatment they are giving or receiving until after the trial is over. This helps reduce bias and placebo effects in testing treatment potential.

Results from the study found that 71% of participants experienced depression relief for at least one month after their second dose of psilocybin. Even more significant, 54% of participants were in remission, meaning their depression became almost non-existent.

These are some impressive results, especially because many of the study participants suffered with depression for at least a decade - or in some cases, for most of their adult lives.

The authors of the study note that when compared to conventional treatment options for depression, psilocybin:

This means that psilocybin therapy can be far more successful than psychotherapy alone or antidepressant medications in helping relieve depression.

How exactly does psilocybin help treat depression? What is it about psilocybin and the hallucinogenic experience that cause such rapid and lasting change?

Many researchers have been attempting to answer these questions.

A spiritual awakening can help foster a sense of meaning in one’s life, which is perhaps a big reason why psilocybin can relieve depression. Those who have something to look forward to, and something to live for, tend to be happier people.

In a 14-month follow-up from Griffiths' initial study in 2006, 24 participants felt that the hallucinogenic experience was the most meaningful experience of their entire lives. One of the participants described it as follows:

"The experience expanded my conscious awareness permanently. It allows me to let go of negative ideas faster. I accept "what is" easier…."

An expanded consciousness may lead to greater awareness, which in turn allows those with depression to gain a new perspective. Psilocybin's healing power, then, may come down to a combination of reawakened spirituality and personal insight.

In their discussion of the 2020 trial described above, researchers explain clearly:

"...the current trial showed that psilocybin-occasioned mystical-type, personally meaningful, and insightful experiences were associated with decreases in depression...."

Evidence also suggests that psilocybin can decrease negative emotions and allow our brains to break free from negative thinking habits. 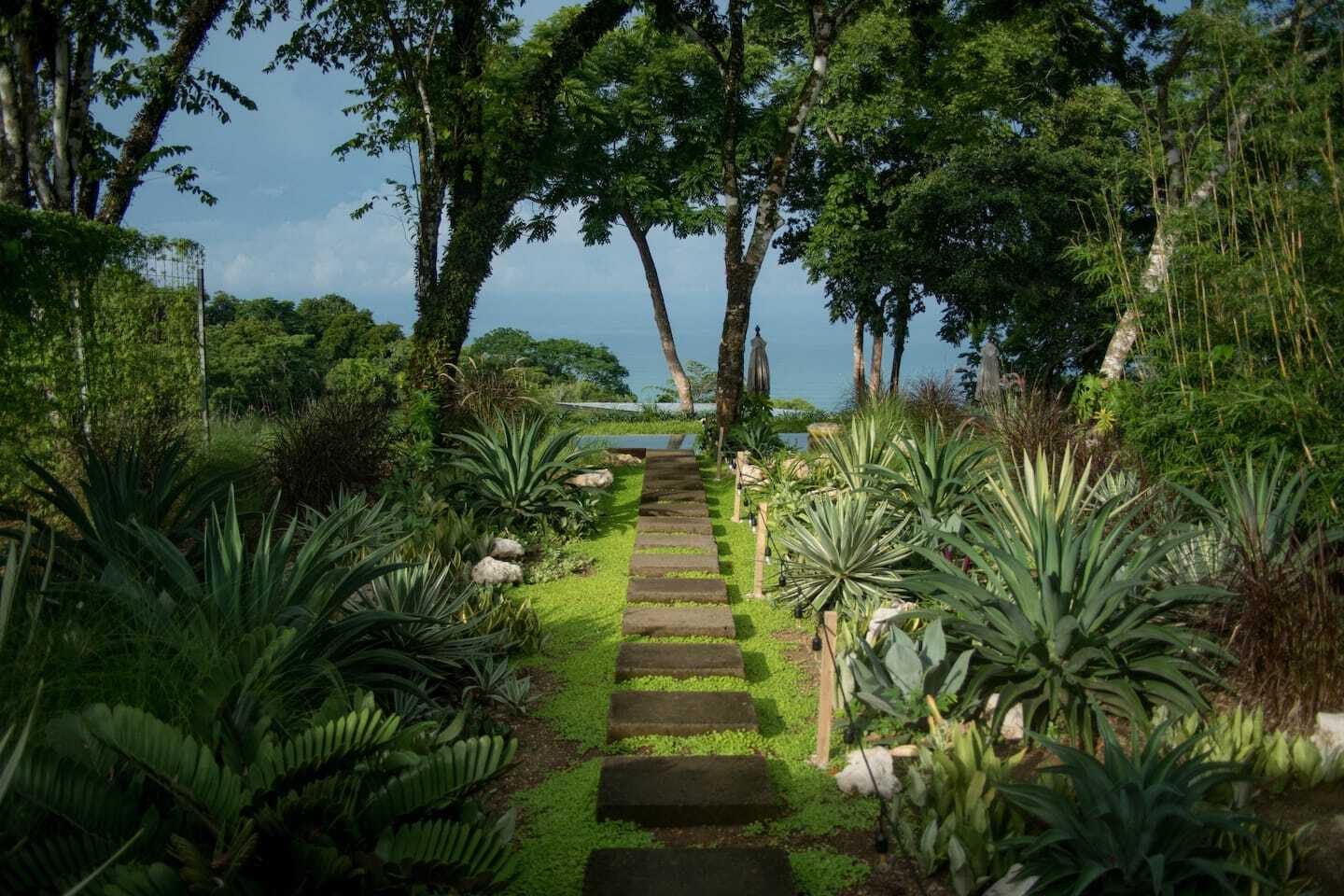 The true healing potential of psilocybin

The psychedelic journey is a personal one. During a trip, we can gain new perspectives about ourselves and our relationship with the world around us. We can see our dysfunctional behavior and emotional problems with depth and clarity.

As a result, psilocybin can help us overcome trauma, gain insight into past events, and understand better how life works. Numerous aha moments can help us take a hard look at emotional issues buried in our subconscious minds.

Psilocybin can also support us in becoming more open and connected with others, helping us strengthen family, friend, or community bonds.

Psilocybin also connects us with nature and something beyond ourselves, creating deeper meaning and fulfillment in our lives.

Those who have experienced psilocybin can attest that it helps us open our minds, recognize the causes of various illnesses, connect with others, feel at one with nature, and find meaning after it has been lost. Together, these shifts may be exactly what our modern world needs.

After all, skyrocketing depression rates may be a result of our society becoming increasingly atomized and fractured. An estimated one third of adults aged 45 and up struggle with feelings of loneliness.

As civilization becomes more dependent on living in cities, we become increasingly separated from the stress- and anxiety-relieving effects of being in nature. 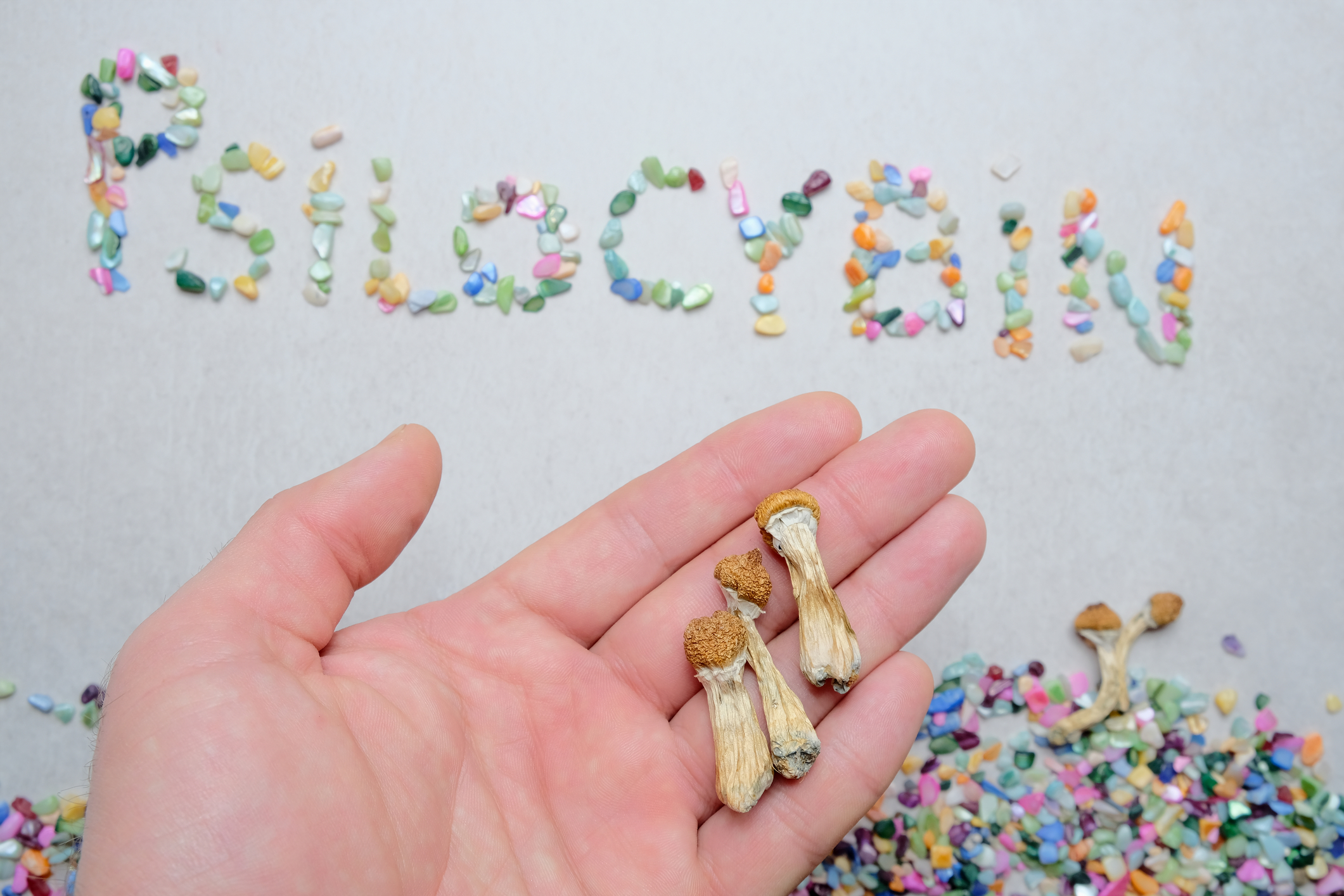 No matter how many positive reports we hear about psilocybin, we must remember that psilocybin isn't a cure-all. Although many sensational articles highlight the results of these groundbreaking studies, they often lack context.

Many times, these articles gloss over or completely ignore the causes of depression, which can include lack of spiritual practice, unhealthy diet, lack of community, unfulfilling work, poor relationships, addictive behaviors, unresolved traumas, unsafe environments, and pollution. Some of these causes are systemic and out of an individual’s control.

People who expect to be happy without addressing these root causes of unhappiness are bound to be disappointed. Incorporating psilocybin into our lives requires commitment and a strong sense of responsibility. We can't just pop a psilocybin pill and expect our lives to change overnight.

Psychedelics like psilocybin are not like many pharmaceutical medications. Psilocybin is an organic technology that connects us to our intuition and Spirit. It helps us get to the root of our issues and become aware of the causes of our mental health issues. We develop the capacity to face difficult truths with more openness and compassion.

Psychedelics don't cover up our emotional issues like conventional Western medicine; rather, they reveal these issues to us. The thing is, these revelations are only the beginning. If we want to be happy and peaceful, we must face challenging emotions instead of ignoring, suppressing, or going around them. We cannot simply wish them away.

If we take a look at the studies explored in this article, we see that although participants experienced relief from depression directly after the psychedelic experience, the positive effects of psilocybin can diminish over time. Nothing lasts forever.

Some who experience the initial positive effects will fall back into depression. We also need to remember that in many of these studies, the participants received support before, during, and after their psychedelic experiences. This kind of support can be expensive and inaccessible for many.

Once on their own, it's up to each person to take active steps to integrate their psychedelic journeys and insights. For one person, that could mean reconnecting with family members or going to therapy for deep-seated trauma.

For another, it could be choosing a healthier diet, meditating, and being more open and honest with themselves and others.

Psilocybin can help us understand ourselves and start to feel much better; but this is only the beginning. The problems we face both as individuals and as a collective do not have quick fixes. Dealing with them requires sustained and conscious effort in our daily lives.

Psilocybin works its magic by presenting us with an opportunity to change. Psilocybin can show us the door, but it’s up to us to develop the faith and courage to actually walk through it.

Dive into another in-depth article.

Back to Blog Home

Start working with psilocybin in the comfort of your own home.

Explore Retreat
Back to top